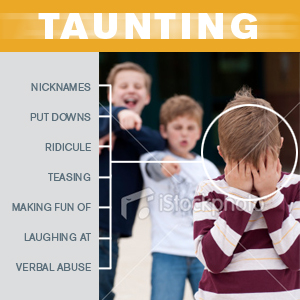 I had one of those “Sleep on it and see how you feel in the morning” moments last night.

Last night I watched a Snap Chat video (and actually recorded it with my phone) of at least three white girls who are seniors in high school taunting a young Chinese boy who is about eight years old.

They called him “nut sack” numerous times and told him “don’t be a pussy” and also “do it for the pussy” to entice him to jump down from something.   It wasn’t just one little three second clip on Snap Chat, I stopped recording at right around a minute, I couldn’t watch anymore.

My stomach was in knots and my mind racing and I wanted to share with the world what I had seen, but I wasn’t sure how to go about it. So, I said, “sleep on it and if you feel the same way in the morning, then blog about it.”

Why was I so challenged?

Because this involves the taunting of a child.  Of a young transracial adoptee.  A very young International Adoptee from China who lives in racial isolation.  A young man ripped away from his culture , language and people to be brought halfway across the world, only to teased and tormented by someone who is supposed to be caring for him.

The perpetrator was his much older sister (his parents biological daughter) and her white friends.

I asked “is it your business?”  “do people really need to know this?”  “why do you feel the need to tell this story?”

And I had to ponder on this all night.  To the point that it was in my dreams.  These young ladies were riding a bike behind me in my dreams and they kept running into my heels.   This situation haunted my dreams.  I woke up restless, having not slept well at all and with a huge headache.

And I woke up sad, weepy even, over the thought of how much stuff like this affects young transracial adoptees. I know how deeply these scenarios become embedded in a young child’s brain.  To the point where a tape plays in their head throughout their life that they are worthless.  That they deserve to be mistreated and abused.  It goes deeper than most people can imagine.

Why do I want to tell this story?

Because I was this young transracial adoptee living in racial isolation being taunted and tortured by my adoptive parents white biological son.  When I saw that video yesterday, I wanted to scream out.  I wanted to share the video with the world, after all, it was already on Snap Chat – these girls had actually recorded their cruelty and put it out for the world to see and laugh at.

It was a funny game to them. I could feel the humiliation and shame that this young boy feels.  I also feel his desire to be accepted, to go along with it and to keep it quiet so we don’t “rock the boat.”  All those feelings from my past came flooding back.

I want to tell this story because I want Adoptive Parents to start protecting their children.  This isn’t the first time that I have seen this particular young lady act horribly to her transracially adopted siblings or even to people of color for that matter.

The parents seem to turn a blind eye to it.  And I don’t have access to them to let them know what is happening because I had to cut ties with them this summer because of racist behaviors.  But even if I don’t like them, I want to believe with all my heart that they would put an end to this behavior and swiftly punish these young ladies for this behavior.  Punish them so that they would NEVER do something like this again to this young transracial adoptee.  I want to believe with all my heart that it is negligence and not lack of love that keeps them from protecting this young man.

So all I can do is reach out to other adoptive parents and scream “PROTECT YOUR CHILDREN!”  Why adopt and then allow your much older biological children to raise your younger children?  Why do that?  To me, it’s not fair to either and it creates a hostility between the younger child and the older child born out of forced care giving.  Your biological children didn’t ask to be parents as teenagers.  And it is obvious, to me, that they become resentful when their parents thrust them into this situation.

The adopted child.  The young child of color, who is subject to cruel taunts and bullying and even sexually charged language that no eight year old should be privy too.  All because their parents are not protecting them.

In the end, I never shared the video.  Because that child deserves his privacy and I don’t need to add to his electronic footprint by putting this disgusting video back out into the world.  It was bad enough that these young ladies posted it on Snap Chat, but it will “disappear” by today.

I mourn for this child.  I mourn for the loss of his culture and identity- something he will never be able to get back.  The “better life” that adoption promises does not seem to be manifesting for him anymore than it did for me.   I hope his parents wake up and start protecting him.

I know he won’t tell them, I don’t think an eight year old adequately has words to describe what I saw on that video.  So I am hoping that someone recognizes this story and let’s those parents know what is going on, so they can put a stop to it.  Or at the very least, other adoptive parents hear what I am saying and ensure that this not happening to their child.

Transracial adoptees are not pets.  We are human beings.  We have feelings and we have rights.  We have already lost our culture.  We already have to live our lives in racial isolation surrounded by people who do not look like us and many who hate people of color.  We already have chips stacked against us.  No wonder we commit suicide (especially Asian adoptees), as a much higher rate than the general public.

We should at least have parents who protect us.