This weekend I took my oldest daughter to college.  And it made me think about when I went away to college, how excited and scared I was.  And how new beginnings are always such an exciting thing.

I have always been a bit of a traveler.  I love the Grateful Dead, so “Truckin'” might be my theme song, or perhaps “So Many Roads.”  Since I have left my hometown at age 18, I have moved over twenty times.  I  turned 45 years old this, so that’s a lot of truckin’.

Then for graduate school, I moved to Knoxville, Tennessee.  In Knoxville, I lived in four different apartments (West Hills, Cedar Bluff, Fourth and Gill and Shelbourne Towers) and stayed on campus in the apartments there for a semester.  I was there for four years.

When I came home from Knoxville, I lived with my parents for a while, as I was pregnant and getting ready to have my first child, my daughter LaNor, whom I just sent off to college.

After that, I lived in Buffalo, New York for a few years – living in an upper flat in the Gates Circle area and then moving to the upper flat on the East Side over my in-laws for a while.  My husband and I got married in that apartment and had two more children there.

When I was pregnant with our fourth daughter, my parent’s oldest daughter inherited a house and offered to allow us to rent her old home in my hometown.  I jumped at the chance because I absolutely hated living on the East Side of Buffalo.  Among other things, aggressive policing of minorities by a largely white and hostile police force from the suburbs made it unbearable to live there.  Couple that with dirt and grime and hostile people and snow covered roads that never seemed to be plowed and houses deteriorating around me, I hated it.  I longed for the open, clean spaces of my childhood.

Although I do love the open spaces of country living and the slower pace, it didn’t take me long to remember why I left Rushford to begin with.  So we moved to Memphis, Tennessee.  Where our two youngest children joined the family.   We lived there for four years in two different houses (Westwood and Soulsville) and then moved back to New York to help care for my husband’s ailing father.

Not wanting to live in Buffalo (Tim’s hometown), nor Rushford (my hometown), we thought we would compromise and live in Olean, New York.  A small “city” or a big “town depending on how you look at it, Olean seemed ideal.  Except it wasn’t suited for our family.  We were evicted from every home we lived in (three different houses).  The first one for being $120 in arrears over a late fee, the second because I wouldn’t let the landlord into the basement without notice and the third because we just couldn’t afford to live there anymore – chronic underemployment and the cost of constant moving had taken it’s toll. We struggled to make ends meet, all while trying to care for our family which now had six small children and an elderly father in law in tow.  It just all became too much.

We even spent one year in Hinsdale at a cute home on a large piece of land, but that house caught on fire and put an end to that living arrangement.  We moved back to Olean and tried to figure out what to do.

That was when we decided that we would move back down south.  At least if we were homeless, we reasoned, we would be warm.  We lived in Knoxville for four years in two different homes.  One Rocky Hill that became damaged because of the hail storm and we had to move because the roof was horribly damaged and then in West Hills.  We were there for three years and only left because my husband had lost his job in September 2014 and we were struggling to find adequate work to continue to live in Knoxville.

Being well aware of how underemployment can strip a family of their housing status, we started to actively search for other options and found something better right before we were evicted from that home.  Yet, oddly enough, the landlord went ahead with eviction proceedings even after we had said we would move.  We were gone before the court date even came up.  I felt bad for the sheriff who served us, because as he said “it’s evident that you are moving, so this is really unnecessary,” but it is what it is.

We have now moved on to Louisiana, where we do not have a home yet, but are waiting for one to get ready.  We are starting new jobs and are in the middle of yet another new beginning.  Our younger children will start yet another new school and we will settle into a familiar routine.

At this point in my life, I have decided that permanency in residence is not in the cards for me.  I am sure that in a few years, the winds of change will blow me in another direction, but who knows?  I have read that movement is the key to the medicine wheel, so I guess that is why my life is always full of new beginnings. I just hope that this pit stop is long enough to get all my children out of high school and into college.

On the bright side of it all, I love the adventure of moving.  I love seeing and feeling and experiencing new places and things and people.  We have already been able to explore some of Louisiana and I see that it has much to offer that will take many years to take it all in.   We have also already made some amazing friends and business alliances that will hopefully secure our place here in the community.

On the downside, I also hate leaving those I love behind.  We have lost much in our many moves, but we have also gained a strength in our family bond that I know will never be shaken.  I also feel sad for my children and the constant upheaval in their lives.  They are wonderful and know that I do everything I can for them, but this one thing, I cannot seem to do.

As I took my daughter off to start her new beginning of her new life away from our family, I hope that the values of love and loyalty to family stick with her.  I am confident that they will.  But I also hope she feels free to spread her wings and live her life.  She has had enough new beginnings being a part of this family, so if she decides she likes to move, that is her choice, but if she decides that she wants to find a stable place and live there for the rest of her life, I would certainly understand that as well.

I am excited for this new beginning for all of us.  It seems to be a bright and wonderful place so far.  Each new beginning brings new hope and hope is something that I lose sometimes, but it always finds a way to creep back into my life.

And I am grateful that hope has never given up on me.

Lately it occurs to me…. what a long strange trip it’s been. 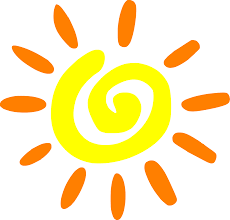