I grew up thinking that I was British and French and African American. I’m not. My biological last name is Polish, but I’m not Polish either.  My adoptive last name is German.  But I’m not German either. What is my DNA journey? 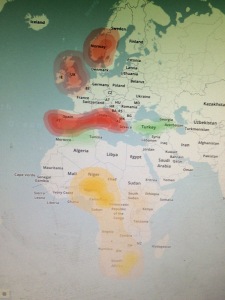 I have a cousin who lives in England.  She really is my cousin.  According to www.familytreedna.com, she is my fourth cousin.  She is an orphan from the Vietnam war and she is African American and Vietnamese.  But she lives in the UK.  Technically, she’s not British.

She once said to me, “I grew up THINKING I was African American and Vietnamese, as an adopted child in the UK, but I never knew for sure until I took a DNA test as an adult.  What an enormous feeling of relief and belonging that settled over me when I got my results.  Finally, I knew what I was.  Finally, I could connect to my heritage.  I wish I had been able to connect with my ethnic roots all along, as a child, as a teenager, and as a young adult.  It would have made all the difference in my life.”

When we had this conversation, I could totally relate to what she was saying.  I understood all of her confusion as a child, all of her pain and feeling of rootlessness.  All of her feeling like she belonged nowhere and to no one.

As a young child, I was told that my biological mother was French and English and that my biological father was African American.  So that made me a Mulatto.  That’s what I was told.  Now that I am older, I know that this is derogatory and that I am mixed race or biracial.  But more specifically, I am a mix of different races and ethnicities and each of them have a rich heritage and culture.  But what I was told back then was: “You are Mulatto.”

That was what I believed until my uncle found me shortly before my 40th birthday.  So forty years of “maybe that’s what I am, but who really knows for sure.”

When I got my results back from Family Tree DNA, it gave me some insight into my ethnic background. 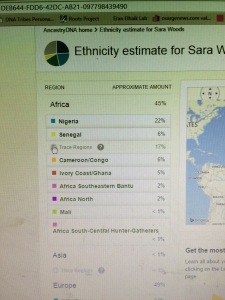 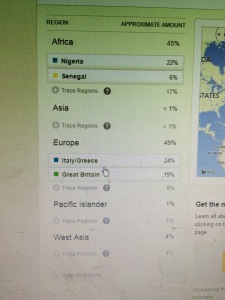 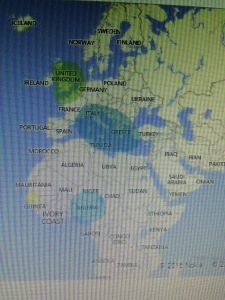 This was a special moment for me, an adoptee, To finally know “what” I was.  Instead of guessing.  I now knew that I was 45% European and 44% African.  And 12% Middle Eastern?  That was odd.    Actually, all of these results were a bit odd.  There were so many nuances and twists to my story that had occurred since the initial reunion with my uncle that had led me to question the Scandinavian ancestry.

I had been told by my uncle a few years prior that their biological father was Scandinavian.  I had been told all my life that my biological mother was French and English.  These test results revealed that couldn’t possibly all be true.  These results were seeming to point to some sort of Scandinavian descent, but where was the British blood that I knew was in me because this was verified through a DNA cousin?  Surely the Scandinavian DNA could be accounted for by Viking migration through Scotland into England?

My Family Tree DNA test was very interesting and brought me answers I had never had before, but it brought new questions.

My tests results revealed an even deeper secret.  Conspicuously absent from my test results was a cousin on my biological father’s  side who I knew was a cousin from connecting via Ancestry.com through our shared trees.  I had entered all information I had been told about my biological father in my ancestry tree and had connected with this cousin, yet he wasn’t showing up in my DNA results.  That was odd.  Because his resemblance to my brother – my full blood brother, the kept sibling  – was uncanny.  Plus this cousin has connected through DNA to other cousins of my biological brother, so why were they not showing up in my DNA results?  May there was a break in my DNA, some people suggested.  So, we dug deeper.

We checked him against all my DNA cousin who I knew had to be related on my father’s side.  He wasn’t showing up in any of my other cousins DNA results.  None of them.  At all.

It would seem so.

I figured out that Larry was not my father while meeting my cousin Toni from the UK, who actually doesn’t have any British DNA, but lives in the UK.  But I have British DNA, and I live in the United States.  And we are cousins.  True cousins.  We are truly related to one another through blood and through DNA.  And we are both adopted.  Both of us adopted transracially.  And we found each other through DNA testing.

Trying to see if we could possibly solve any more mysteries, Toni bought me another DNA kit for my Christmas present this year through Ancestry.com.

These test results went even deeper into my DNA.  Instead of just being just “Southern European,” I became “Italian” and this was verified by meeting one of my second to third genetic cousins and learning the name of my great grandmother who immigrated to the U.S. from Italy in the early 1900’s a the age of 19.

We don’t know what happened to her beyond that, but I suddenly had new roots.  I had Italian roots.  I learned that I had a full blood Italian grandfather.

When I shared news of my Italian roots with my cousin Toni from the UK, she told me that she knew that I was Italian.  She said, “the first picture I saw of you, Cuz, I asked our other Black cousins in America, how could we be related, she’s Italian!”  She chuckled, mi Cuz, I love her.  Here’s the picture she is referring to. I wonder if I look like my grandmother. 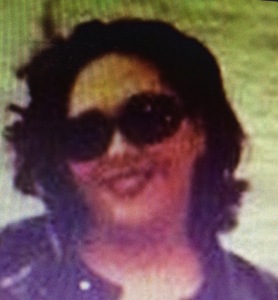 I couldn’t be more excited about living today.  That’s the benefit of technology.  Adoptees today don’t have to go through the cloud of “I don’t know.” or “I think this is who I am.”   They can know. And they can know with amazing accuracy.

I am amazed and how much more accurate my results have gotten in six months between tests.  I am anxious to take 23 & me to see what that test can add to my DNA journey.

Everyone deserves to know who they are. DNA tests are the perfect way for transracial adoptive parents to help their child identify their ethnic composition and a great starting place for the continual  work of the development of a strong and healthy racial identity.

It’s one of the cornerstones of a healthy self-esteem for a young transracial adoptee and something I really wish that I had available to me while I was growing up.

Mother of six children - five girls and one boy; wife; community organizer, family chauffeur, philosopher, trans-racial adoptee, Deadhead, person of mixed racial heritage, artist, poet, writer who loves to swim, read, and run around with my family.
View all posts by sjwoods318 →
This entry was posted in Biography. Bookmark the permalink.

1 Response to MY DNA Journey