For some strange reason it had to be…. Tennessee

Arrested Development’s Tennessee was one of them most popular songs of the summer when I moved to Tennessee. After graduation, I was really scared about going and almost changed my mind a million times.

I didn’t feel the same way about Jon, now that we had been apart for a year. Even though I had gone to visit him, I had spent time with other people while he was away. But I didn’t want to go back home and live in Rushford and I was tired of Buffalo. So, I was going.

I had already fallen in love with Knoxville on the last couple times that I visited there. First of all, it was so clean. Anyone who has never been to a southern city as opposed to a northern city would never understand. Growing up in the North, I had a tendency to think everything was like the North – where there always seems to be a layer of grime on everything. Southern cities are not like this. They are really clean. Very rarely do you find overgrown lots and abandoned blighted buildings. And the roads almost never have pot holes. Now that I have read the history of Knoxville and read that someone once called IT the dirtiest city in America because of the coal mines, I just can’t believe it.

So I moved down to this clean little city right by the Smoky Mountains. And I was happy.. for a while. And then I became very confused.

My first job out of college was the Boys and Girls Clubs of Knoxville. And they took one look at me and placed me out in the middle of the Montgomery Village Housing Project. I think that they thought that I could relate to the kids and the kids there could relate to me. It was the furthest thing from the truth.

The first big mistake was that I knew nothing about doing my hair or keeping my skin from being ashy. And the girls at the club would pick on me something fierce. They were rough and aggressive girls and I had been socialized to be a docile young lady, a peace maker.

The next problem.  I didn’t know about code switching.  I was “proper” talking.  And I couldn’t understand a word that they were saying to me. I asked on of the kids once to spell a word for me because I didn’t understand. She was asking me “are you finna leave?” I didn’t know what “finna” was. I suddenly felt like a middle school girl, on her first day of a new school and all the mean girls were attacking. Just because I was older than these young ladies, didn’t make me feel any more secure.

In my entire live, I had never been around this many Black people all at the same time and it was overwhelming. It overwhelmed my processing ability and I didn’t know what to think. I know that I was very unhappy at this job and that I didn’t want to be there anymore, but I also felt like this was something that I had to do to really figure out who I was. Somehow I felt that this was where I felt I would learn to “Be Black.”

Now to the light skinned, “mixed” girl, the other girls and women were mean and catty, but the men were friendly and solicitous. VERY, very kind and solicitous. Overwhelming in other ways. I was suddenly “beautiful” – something I had never, ever been before. Men suddenly wanted to know my name, wanted to be with me.  This was a feeling that i never had before. I had always liked boys that would not date me. I hadn’t changed anything except my location.  It was very strange to suddenly be desired when in a totally different part of the country on that same day, I would be considered ugly.

And this attention from other men, this stirred up something in Jon, because he suddenly decided that he was now “in love” with me.  But not enough to admit to his mother rand his friends back home that we were living together.

And it was a weird place to be, because I wasn’t in love with him anymore, I just was used to having him around and I did love him deeply. But the rejected feelings that he has instilled in me in our prior years as friends, lingered inside of me.  Plus the fact that I was ok to be his girlfriend in Tennessee, but when we went home to NY, he made no mention of it, it was a recipe for disaster.  I should have listened to that voice inside my mind that was giving warning, but I didn’t.  I just wanted a boyfriend.  Finally, a boyfriend.

And Jon and I started to date. Like seriously date and exclusive boyfriend and girlfriend, living together date.

I finally got my very first boyfriend at age 22.

And he was a White Jewish boy. Right at the time when I was trying to figure out what it meant to be a Black girl.

I remember Jon commenting one day about the fact that I wouldn’t even listen to music anymore if White people made it. I was surrounding myself with everything Black that I could think of. And having no frame of reference outside of what I saw in the projects with the kids that I worked with, I was framing a very dangerous view of Black life. One that supported the racist beliefs of those who I grew up with.  It supported that ridiculous notion that all Black people lived in the projects in high crime areas.  And that they were criminals.  It didn’t help matters that the kids from the club that helped us move, stole Jon’s American Express card.  The view I was framing of Black people would be one that would be so one dimensional that I failed to really understand the multifaceted aspects of “Being Black” for years and years to come.

For now I was still a visitor in the Black community. I could go there and work. But I went home to my white boyfriend in the suburbs of West Knoxville with our condo and our pool and jacuzzi. I would listen to Black music, but I failed to fully understand that listening to Black music alone was not going to suddenly make me Black.

I put away all the pictures of my White family and I made up a story of what happened to my parents:

My father was a junkie from the Vietnam War who tried to care for me after my mother abandoned me. But he couldn’t, so I was taken by the state and forced to live with White people.

None of that was true, but in my mind, it was easier to deal with than the truth of being given away at birth by parents who “loved me so much.”

So back and forth, I would visit my People and emulate their ways. I would try to figure out what they were saying by context clues. I would change my way of wearing my hair so I wouldn’t be picked on for having nappy hair. I kept my skin greased so that I wouldn’t be picked on for being ashy. I immersed myself as much as I could in everything “Black” and I still didn’t feel like I was “Black” enough.

And I also started to feel an enormous amount of guilt. Why were my people trapped in poverty as they were? Why was violence and crime an accepted part of their lives?  But that wasn’t all.  There were barbecues and community and fellowship in the community that I failed to recognize.  There were hard working people trying to get their families out of these projects and i didn’t see that either.

I felt like I had betrayed My People because I did not have to grown up in the projects. I felt like my adoption denied me all these things. This dangerous one dimensional mindset of what “Blackness” meant messed with my mind.

It shaped by actions greatly during this time in my life. 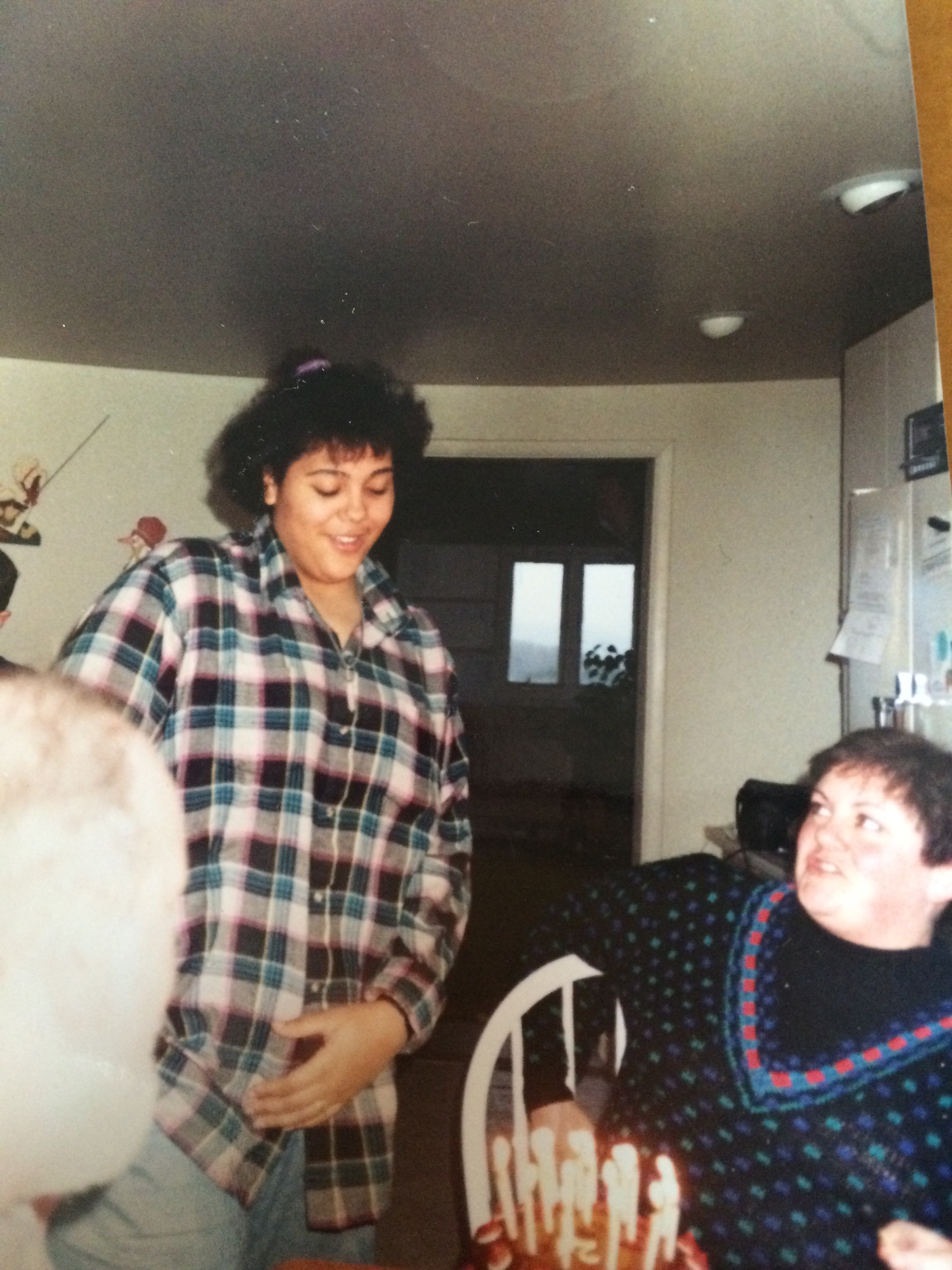 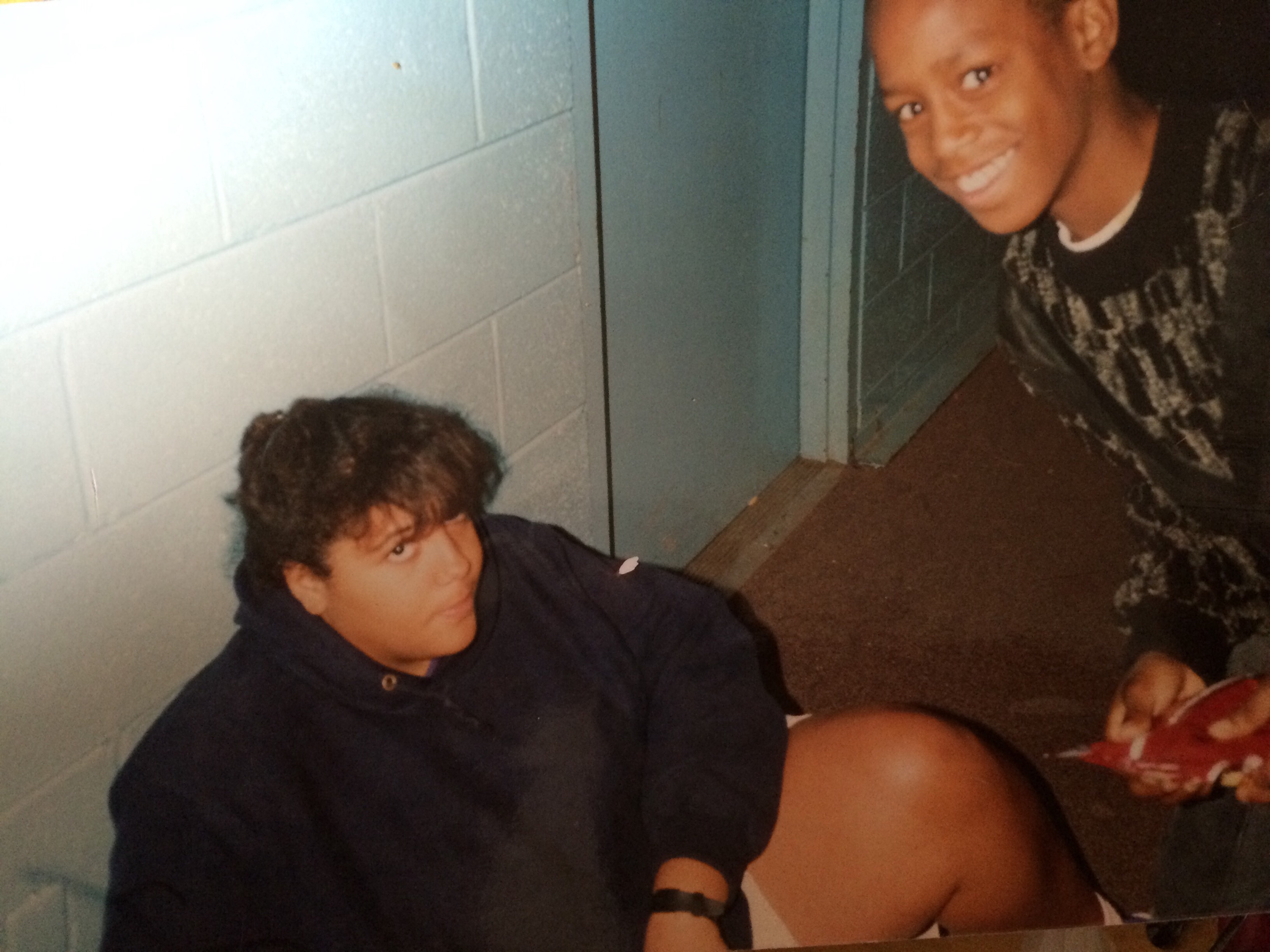 At the Boys and Girls Club. In way over my head.